Chinese are friendly people and will assist you as best they know, family values of children and grand parenting is still strong and solidly in place, they are unassuming, shy and sometimes on areas reserved

The man, woman, family expectations defined and responsibilities set, they regard children as their future, and work to maintain equilibrium, Divorce is regarded as a ”no go”,  and women are left with a comfortable fail-safe in such circumstance where kids are involved.

Community interaction is a regular occurrence and seen everywhere in the early mornings and evenings, these events and sharing are functional and a social building block, Gardens, parks and even balconies are in full use with exercises and voice soundings, Tai-chi, Latin dancing and Kung~fu are main stays, however kite flying, and modern dances are favorites too
They greet foreigners with a hello and goodbye, sometimes engage in dialogues though briefly. 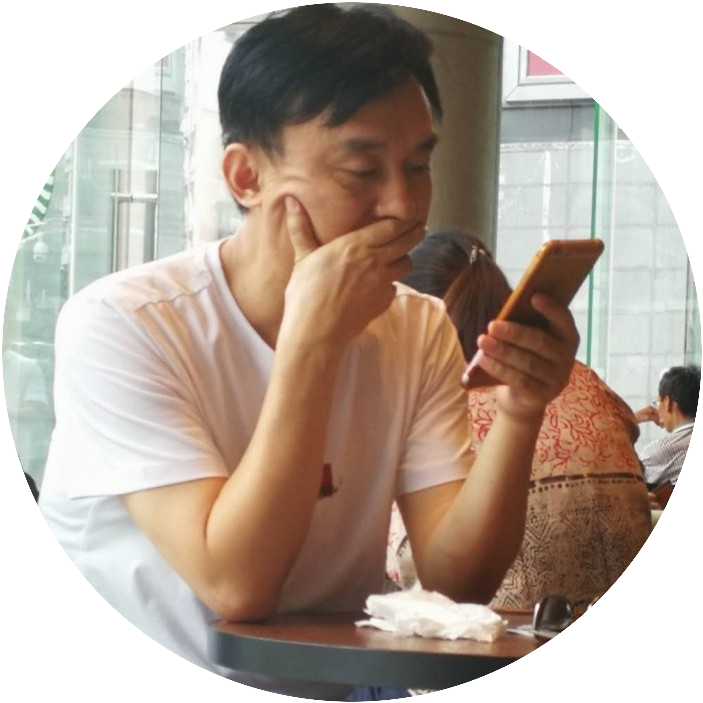 On some occasions I witness unsolicited, intrusion of a conversation by a newcomer

The intrusion is brief, and some response made, however if it continues or perceived as intrusive and or driven unwanted, a disconnection immediately brought int play against the perpetrator this comes by ignoring all further discussion or dialogue, even a blocking body position is taken, even moving cups or food in and distinctive ”leave me alone” action I have experienced from afar, however, Never voiced in irritation or anger, just deflective action and none committal. 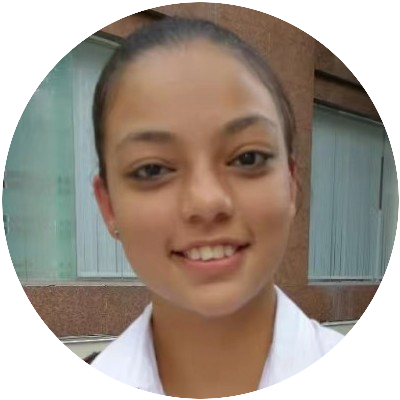 Today I had another situation sitting immersed in my work, when a young lady a few tables away came into view and constantly, deliberately, tried to make eye contact and waiting for a response somewhat unsure but primed for one.

After a few minutes I smiled back and waved saying hello, this made her day and there was a clear appreciation of this simple action and acknowledgement. Moments later she collected her things and gave a positive than before waved back saying goodbye.

As you can see Two different scenarios with complete opposite outcome

On opening the local website account in Shenzhen to see what has been happening and news on new trends, I came across an advert that popped up saying

Language exchange needed, curiously I proceed to read and investigate, why not! After all my Chinese mandarin needs improving and I could teach too – 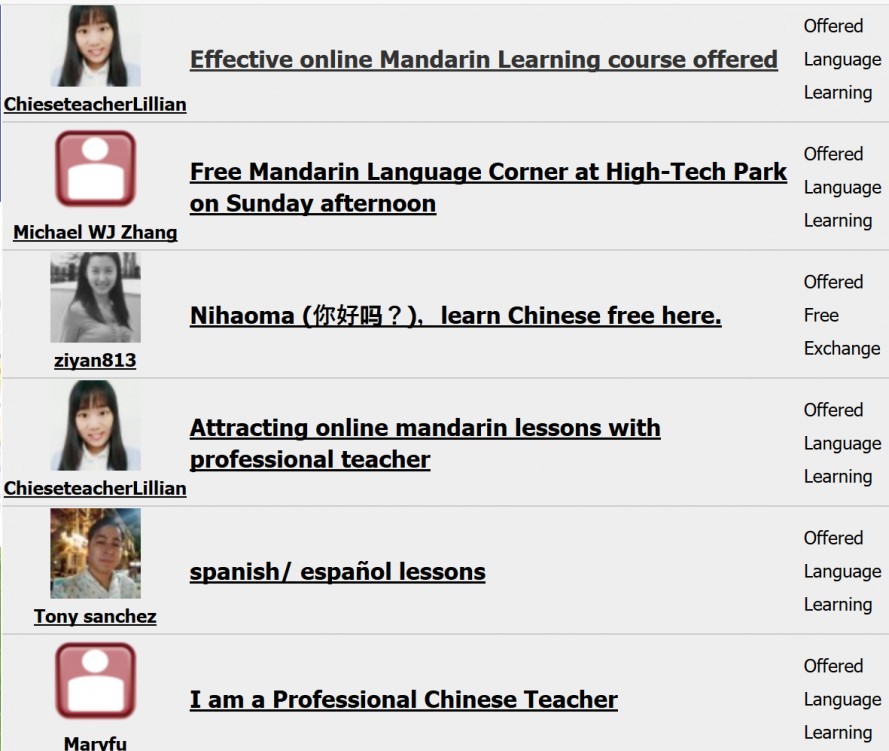 After that response I have since received several more from different sources like schools and private family offers to teach their students or children ”All asking when I can begin”? So there is work if you are willing to do so here in china 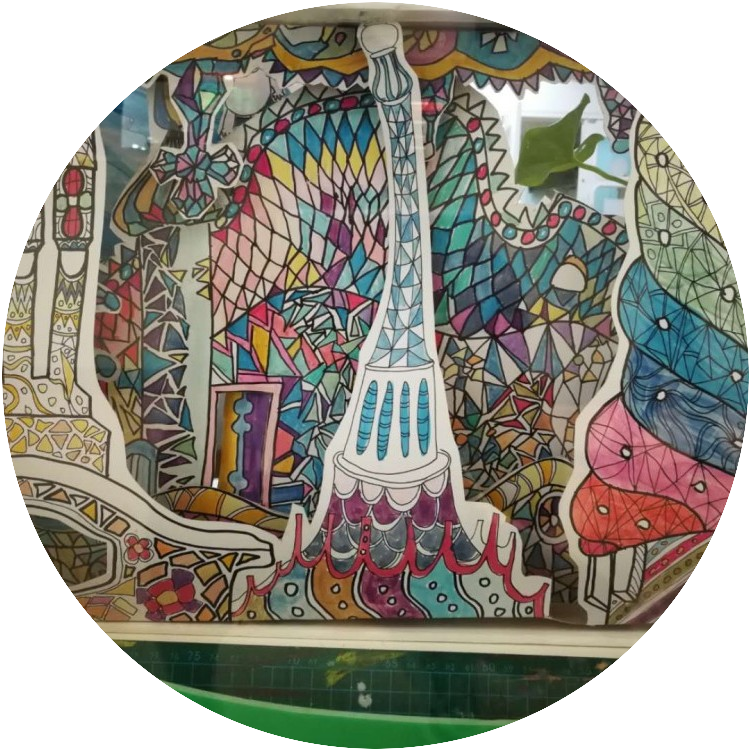 My Turkish Flat sharing buddy suddenly broached a subject he has been evading for years, this was because of family expectations and values being of a certain Muslim religious following. Also, traditional values and marry into the level accepting to the family requirements. 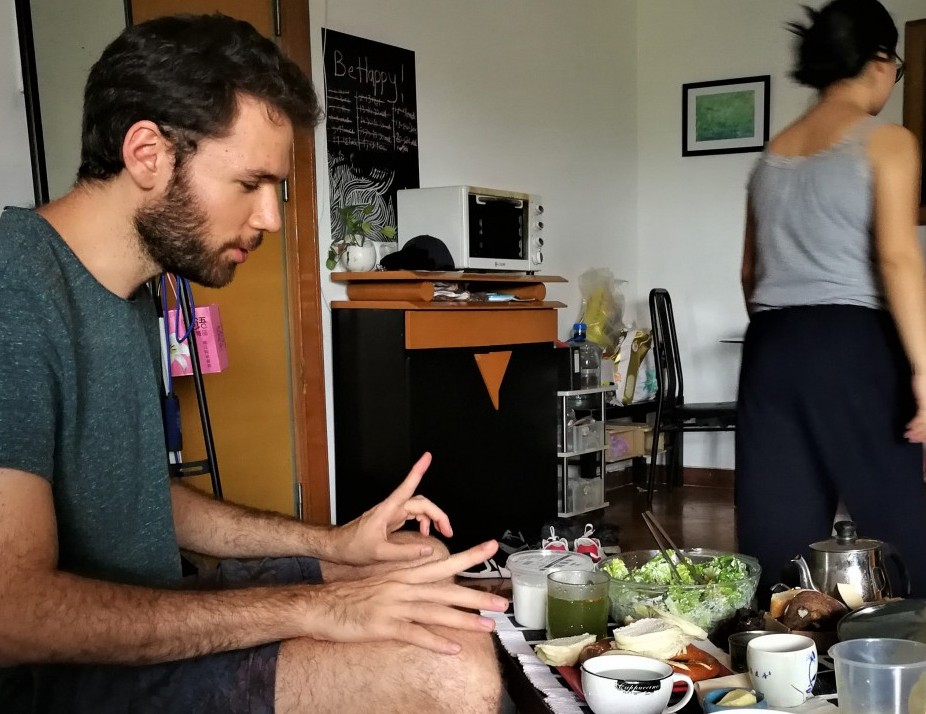 TO BE OR NOT TO BE ~ COMMITMENTS IN CHINA RELATIONSHIPS

He brought me into his confidences telling me and asking me how best to offer marriage invitation to his long-standing relationship Chinese girlfriend, another important and unexpected bit of news to me.

His resolve comes as he is embarking on a mission with her to travel south Asia, this was to break away from the current job and I suspect mundane routine he has endured since arriving in China some 5 years previously.

Therefore, it comes as a logical alternative to saddle up and make new tracks. They have also done some debating and decision-making on how to survive and travel for a period of 1 year.

A new venture involving a brand new ideology and product for sales on the internet and B2B Amazon. The product is a little unusual as it is a Black and White Cow, imbued with choice oil scents for calming and therapeutic purposes.

Some designed for in-car use, others for In- house and attachments to accessories like bags and such like.

It has Niche’ potential and possibilities; the idea to organically start this and develop the idea ground up is key to reaching their goal. The creativity and passion is clear in this project

He wanted to ask her hand in marriage, so our discussion shows he is unsure of his family’s acceptance.

All the same, they now set the path and resolution to return to Turkey on a 3-week break this August, breaking the news and proposal to his girlfriend and family there and then. >

That would be a sight to behold how the family and Girlfriend will react to the news.

I had VIA LinkedIn and prior to my return to China a connection who was interested in meeting me to discuss some business ideas, on my arrival we met she was deliciously beautiful and we hit it off immediately.

Rather, strange for Chinese as they gear the culture up to weary of foreigners initially until they are familiar, feels confident and safe. So we have more to discuss and plan in terms of routes to work together, PERFECT! 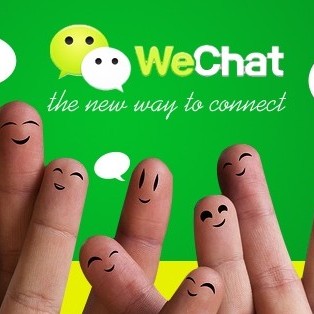 In China ‘‘WeChat” [Tencent application] has incredible use, it is the social and payment medium which stands above the others; it is popular and has many features, video, photo, payment structure, send and receive red packets, a special time and cultural event.

WeChat is the primary form of payment for everything, I find this system so convenient and eases fussy and cumbersome credit cards and cash transactions, just have your phone QR code scanned and payment direct from your bank account in seconds completed?

Again I had the experience of my WeChat being asked to add a person and rarely used after a polite ”HELLO’ or few short words, Chinese like we-chat and promptly proceed to scan and add you. I only recently received an explanation to this Odd situation.

It is also strange, when you accept an invitation I receive a reply and then nothing for weeks or months, Chinese claim that as a new friend they will contact you when ready or necessary, only family and friends frequently communicate 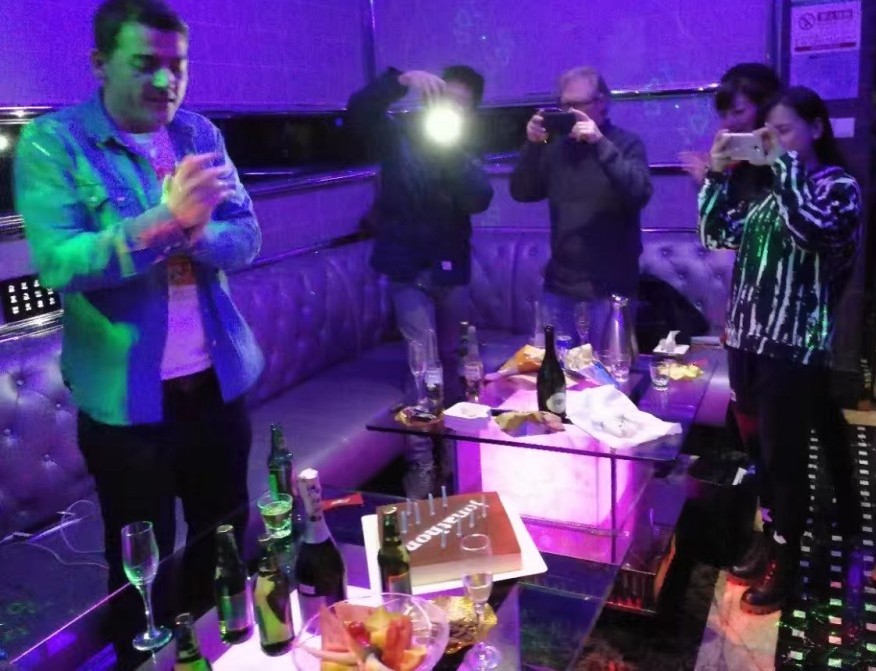 In social meet-ups and arrangements
It is then most stressful situation arranging and having Chinese to arrive on time or even arrive at all, this seems to be the only constant you can expect!

I have arranged as did my friends frequently to meet for KTV or Karaoke, and we make it clear days before, Even on the day WHAT, WHERE ,HOW, even a Map of the location, only to find over 50% not arriving, or calling on the ”witching hour” that family or sickness had occurred preventing them from being there.

And if you were to ask directions, beware expect to be hours later or possibly no finding what you are looking for. But with MAP Apps this is a godsend 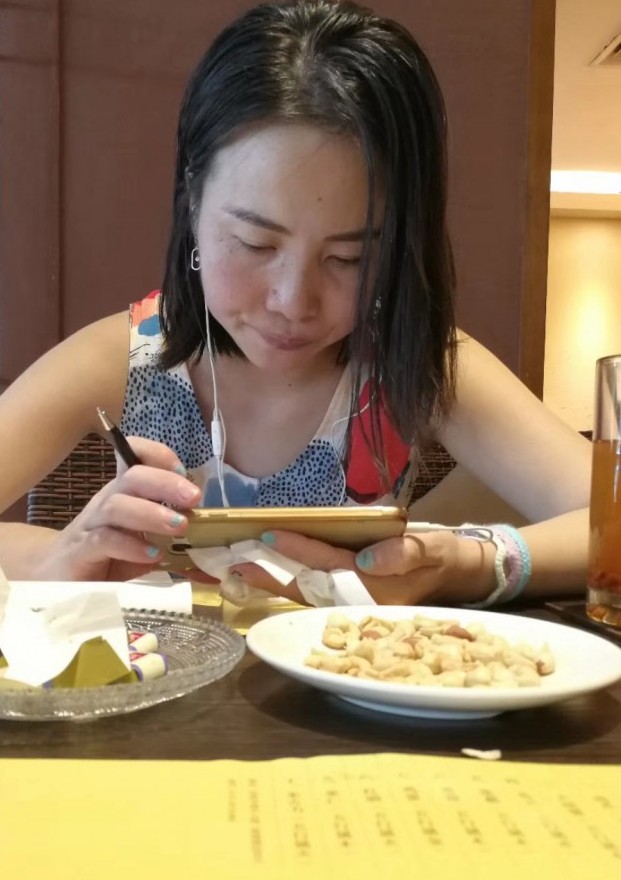 My office manager and lunch time

After some research and discussion with Chinese in the workplace and socially, My questions regarding a normal day routine of Chinese in the city, the responses are clear and direct, standard practice in many from the result of my consensus,

many will collect on the way from [Bao ting] stalls on the road or small shops, their breakfast. This is noodles with sauce in a seal plastic bag, alternatively they have steamed buns called bao zi, or dumplings called jao zi, they vary the fillings from vegetables to meats, but some are plain flour. 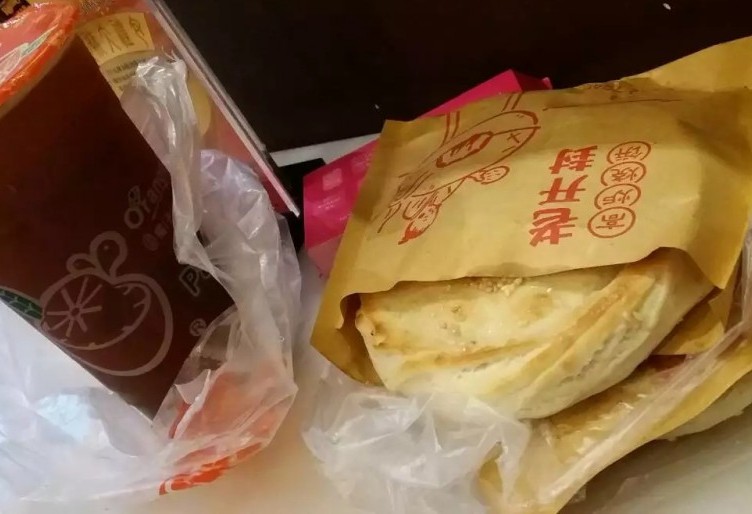 In the rush periods everyone is dodging and weaving in the crowds to fill the spaces that appear and get in front. and most times in the summer some will have a shower at work and a change of clothes.

Eating at the work desk is normal and bosses don’t seem set any restrictions, just get the work done, at lunchtime between 12 pm and 2 pm patterns of workers leave the buildings by the lifts which I have experienced and there is always a waiting period.

Stuffy and close with no personal space by our standards. Some individuals will grab a quick snack and return to the confines of the office, eat and then have a 20 min to 30 min nap!

Time-wasting is not something you see often. They drill staff in offices on rules and operational requirements of getting in and out to maximize time. Some may foreigners find this rigid and inflexible depending on the company and it’s environment.

Employees in the main work past their allotted work hours, sometimes hours past the deadline, then on the metro back to home at distances 1 hr> to >1.5 hrs commuting ride, thank heavens for the Mobile phone, as just about everyone has their heads and eyes glued to a phone, either watching series, playing app games or a movie, it’s a way to pass the time that would otherwise be mind-boggling boring or frustrating.

From my sources, they arrived home by bicycle, bus or car collection at the metro end, parent or wife has food at the ready and everyone sits around the table, followed by some TV shows of a period style, or a YouTube style traveler who gets paid for live events during traveling around china, another is a woman cooking and eating her own dish for a living, the proverbial game of cards or Chinese Drafts or similar but modern equivalent, spend some time with the kids and to sleep, the whole routine begins the next fresh new day! 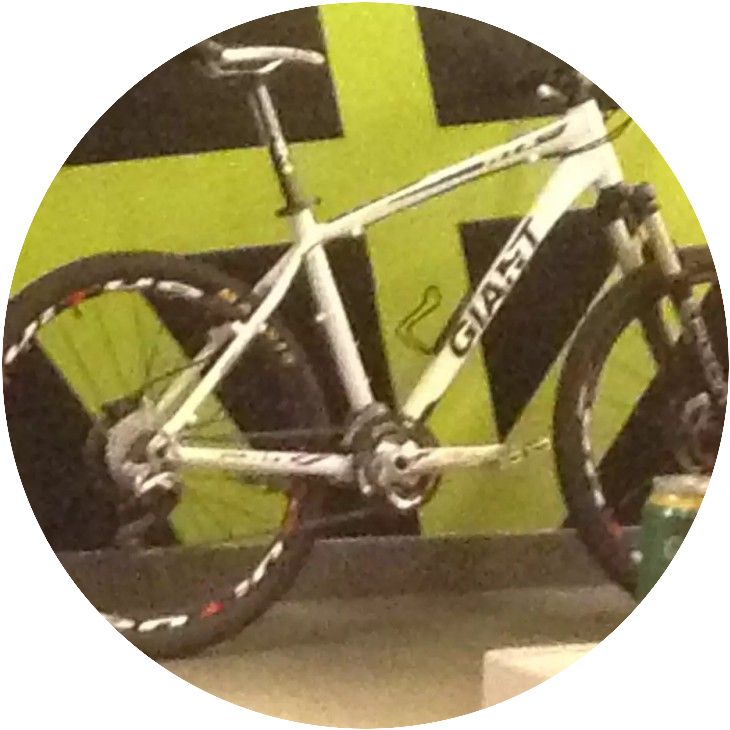 Odd patterns, unique cultural and social activities and behavior comes into play, the masses have a uniform like approach to situations and routines that displays people and their characteristics on a grand scale, things we may take for granted they don’t and things we wouldn’t even entertain they do and with a certain passion and naivety even immature or childlike quality appear! new things are a must have, gadgets, homes, cars, and games, expressing themselves has become a goal a way of standing out sometimes in a quirky or over zealous display, applying a style, grace and finesse has some way to go and appreciate or understand.

Walking the walk and talking the talk isn’t enough.

The concept or depth and values must come naturally and put into real time practice for varying need levels but its getting there.

It would also be great to hear your ideas or questions below.

Freedom comes at a price, so Lets overcome by adapting

YOUR LIFE CHANGE IS HERE

YOUR LIFE CHANGE IS HERE