China Dog Festival 2019 Banned, is This End to Eating Dogs?

My early days living in China and in particular, the memory of a good period, though not without its trials and tribulations

The exceedingly fortunate life of a Copper English Cocker Spaniel, whose Tenacity and brave attitude, kept him alive in a difficult neighborhood of street dogs and from being stolen as I am terrified to know if China Dog Festival 2019 is Banned?

Exchanged Gifts: Teddy for a Dog?

One warm summer evening after work, She arrived at our apartment with a box secreted under her jacket, looking at me in a curiously cheeky manner, instructing me to close my eyes, opening my eyes was a skinny mutt just about able to stand, with runny eyes and a pathetic sad drawn look.

Of course, I was shocked yet pleasantly happy to received this surprise Puppy gift? We fought to resolve his constant stomach upsets and loss of weight and no appetite and comprehend that is unlikely he would survive another day.

Even though he was Vetted, washed, fed and bedded comfortably, then one-week later in the morning he was up and running around yapping and being mischievous and as ”right as rain”

One year later we had to leave for the UK and had to be left temporarily to the care of family, who were happy to accept the responsibility to come. A few months later from the UK we heard he had escaped from the apartment the family rented, down the stairs of a 25th-floor building and out into the streets?

Not able to find him for days hope was lost and acceptance was sorely taken. however, some 10 days later 5 miles away in the security box of a security guard, then the family was passing by and saw him eating with the guard outside in the yard, this was happy news and we rejoiced in the UK.

Again some months later again he was allowed to escape and run into the streets near the market area he was found actively defending himself fighting off 3 strays that had surrounded him.

Luckily saved by a young family member wielding a stick managed to beat off the angry mutts. This was allowed to happen again in similar circumstances and miles from home.

This was becoming ridiculous, We were forced to urgent action to remove him from China had to be quickly done! Documentation in china is a long and laborious process with weighty costs and delay after delay.

China Dog Festival 2019 Banned? now this is a ongoing question yet to be confirmed.

Fear for his well being was paramount as we were now being told new government rules would be enforced to collect all dogs of certain breeds and sizes to be removed for termination. Speed was now of the utmost importance.

It Was Decided and he was dispatched by taxi to Hong Kong via the mainland to HK border route as this was the best and fastest passage for export to the UK. six weeks guaranteed and he was shipped by plane to the UK. 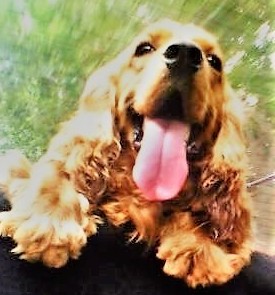 Arriving In Good Condition and perky to meet at the Quarantine center in London Heathrow Airport it was like greeting a family member and the delight on his face after 18 hrs flight was enough to make you cry it was just incredible!

He is now living in the UK, is 11 years old, running freely on east Sussex downs chasing hares and rabbits at will! the perfect life for a dog!

My Discussions during my stay in China with locals, students and expats who concur that some animals are consumed traditionally as a source of enhancement to health or potency.

Other circumstances it is more a matter of lifestyle for those living in poverty and villages in remote locations, Chinese history also confirms these come in the form of Cats and Dogs and in some in reported cases Mice and Large Rats! 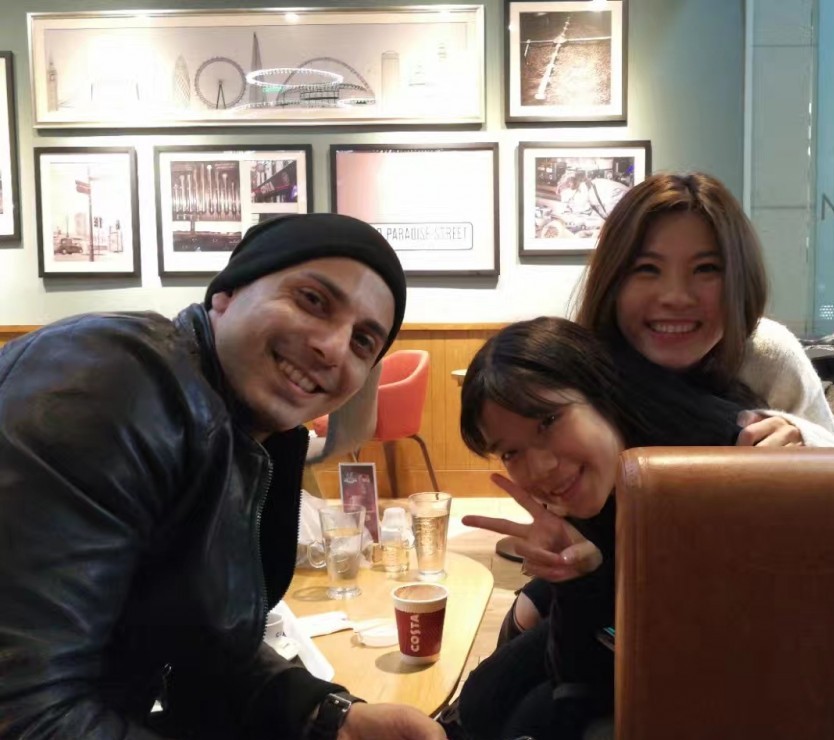 Where Many Festival vendors don’t source “meat” in an ethical way, pilfering family dogs and beating the animal’s bodies for maximum meat tenderness and onward sale, seriously draws hundreds of thousands of customers each year, with approximately 10,000+ dogs being eaten during this extraordinary event.

For Thousands of Years Chinese have Consumed dog meat, This was ingrained and part of the country’s culture in many places, with belief in its medicinal and well-being properties. Unlike Chicken, Pigs, and Cows, which are regarded as natural homegrown farm animals.

Days Later we came to accept he unlikely to survive even though he was doctored, washed, fed and bedded comfortably, then suddenly one morning he was up and running around yapping and being mischievous, henceforth he was ”right as rain”

A Year Later We Decided To Leave Him with the family for a year as we returned to the UK. Months later we heard he had escaped from the apartment, got down the stairs of a 25th-floor building and out into the streets? not able to find him for days,

The family came upon him 10 days later 5 miles away in the security box of a security office, this was one of three similar events where again he was allowed to run away and found fighting off 3 strays in the street, luckily saved by the family member by beating off with a stick the angry mutts!

On Being Exported from HK and arriving in London, he was unstressed and exceedingly excited to greet us at the quarantined center of LHR. It was like greeting a family member with delight after 18 hrs flight was enough to make you cry it was just incredible!

He Is Now 11 Years Old and living in the UK, running freely over the East Sussex downs chasing hares and rabbits at will! the perfect life for a dog!

Lina born in East China Shandown Provence left to work in Shenzhen, South of China, giving up the safety of her home and family life to seek possibilities in Shenzhen. For young Chinese girls moving to the big city, it is a huge step of faith and assertiveness, acting against the traditions and peer pressure of family and friends takes some courage in all its forms.

Arriving in Shenzhen going to every employer she could in the city she secured a junior sales position, and after 6 months had moved into a managerial position, At this same time we met by sheer chance. My internet was down in the apartment and I had to find a local internet bar!

Finally, Finding One on a 2nd-floor building in the high street, she arrived shortly after ward and sat on the only available seat next to me, we struck up a conversation because her host computer was having screen problems and as a gentleman, I assisted. My Chinese being zero, luckily her English was a little better than basic enabling a dialogue, Phew!

Apparently, The Shared accommodation with another worker was not internet-connected and this was the nearest Internet bar. I managed to get a telephone number and couldn’t get a response days later, almost giving up I receive a text and we arranged to meet in a coffee shop. 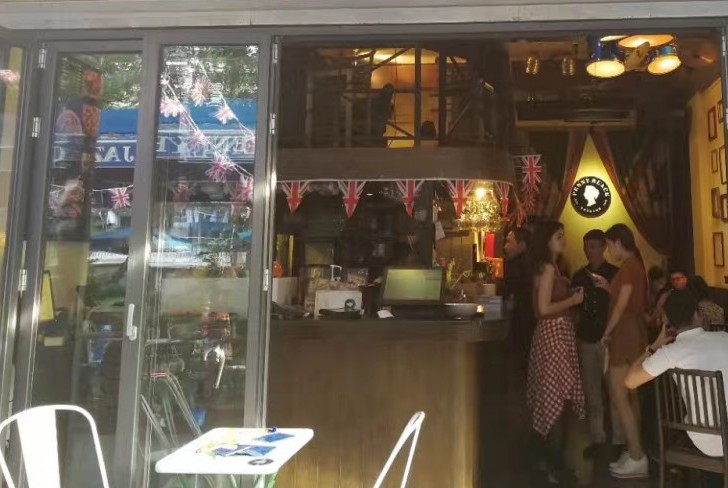 Things developed and we moved in together, I settled into a position teaching at ”English First” International school and all was well, she applied and succeeded in getting higher positions, together we made a strong team, me learning Mandarin and she learning English, you could say the perfect scenario.

A Year Later We Considered and took steps to get my teaching work independently from the schools to be freelance, allowing better negotiation in pricing per lessons and larger company classes! her negotiating skills were second to none, each interview she arranged

We meticulously prepared demos and classes and it worked, we were offered the job and through this I found myself teaching several large international companies.

This Was Successful and we lived comfortably in Shenzhen city. Our next step was to prepare a visa to the UK. As Shenzhen is the largest electronics market in China it gave us the perfect leverage to begin an export business.

All documents were prepared and trips to Beijing staying in hotels until completion, the interview was held and succeed as a perquisite to travelling, I have never met anyone with such positive ”Can do” attitude and Achiever mindset.

Don’t hate people. Hate their bad habits and help them to improve.

Chinese families have embraced domestic animals with more responsibility and care than before in the cities, there are activist groups fighting with campaigns against cruelty with great risk to personal well being, supporting animal rights and cruelty

I have personally seen how cats and dogs in the big cities are revered and treated now, Pampered and groomed similar as USA and ENGLAND who are considered as dog lovers, so this has got to be good for the long term standpoint

Leo now resides in the UK with a Better than Dog’s life!

China has for some time now introduced dogs into the police services and apparently clone the good ones for such tasks?

Words of Encouragement for Families

What is Coronavirus in China, and living

World Articles of Interest and Knowledge