Orchestral Manoeuvres in The Park 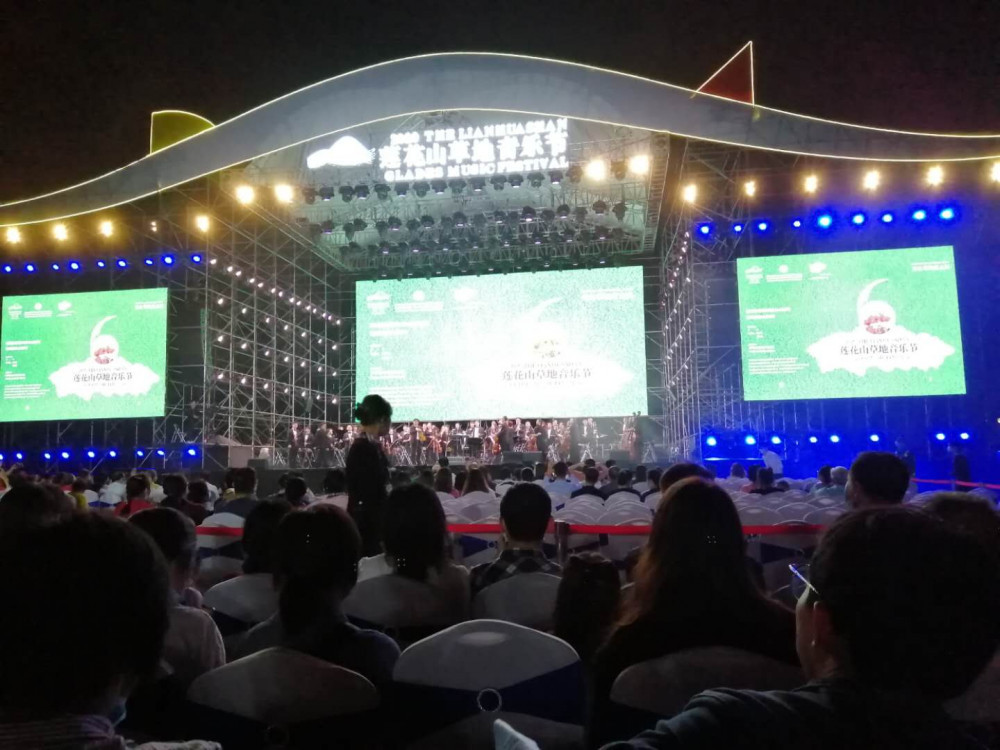 These special events have been successful and well subscribed by the residence and visitors in Shenzhen.

Repeating its sixth year, This open-air festival Performance is noted as the Annual Shenzhen’s musical sensation, classical music performances are not for a select few, instead enjoyed by anyone wanting to apply, participate freely in an interested relaxed fashion. 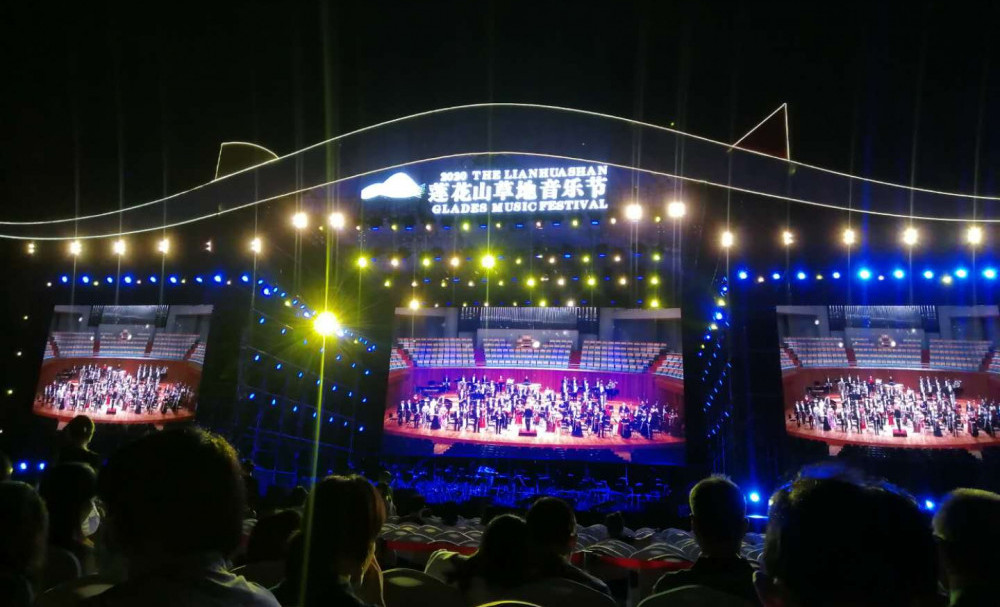 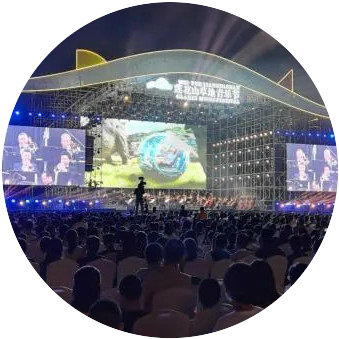 Culture, television, radio, tourism, and sports bureau, one of the festival organizers, Organized an open award of 10,000 free tickets via the bureau’s WeChat account in four installments and days.

Parks within the Shenzhen catchment are fortunate to experienced the social and artistic flavors of Similar Open aired Events in previous years, One such international Orchestral performance in 2018, included a broadcast of the Berlin Philharmonic Orchestra’s at Shenzhen’s Concert Hall, All shows are well-prepared, planned, and executed effectively.

The China Film [Symphony Orchestra] opened the festival with a concert on Friday 6th, kicking off with classic Chinese movie scores.

Followed by Foreign movie scores on Saturday afternoon and evening.

China’s Acclaimed [CCFSO) is the national renowned orchestra and founded in 1949, shortly after WWW2, and having a long list of musical performances of nearly 2,000 films, TV dramas, and documentaries opened the performance event.

The Four-day events, totaling 5 performances, commencing on the 6th November and ending the celebration finale’ on the evening of the 8th 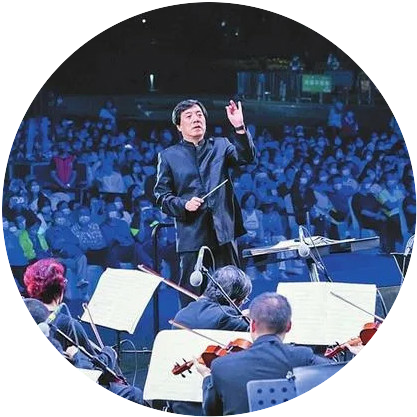 Tickets are available and the lucky winners via the WeChat group channel, the 10,000 strong Free ticket holders, Have 1st entry choice and seating to the shows.

We arrived early Saturday evening expecting to queue, but access was easy, however, having only one ticket I elected to remain behind pending all ticketed members being cleared at the front gate. 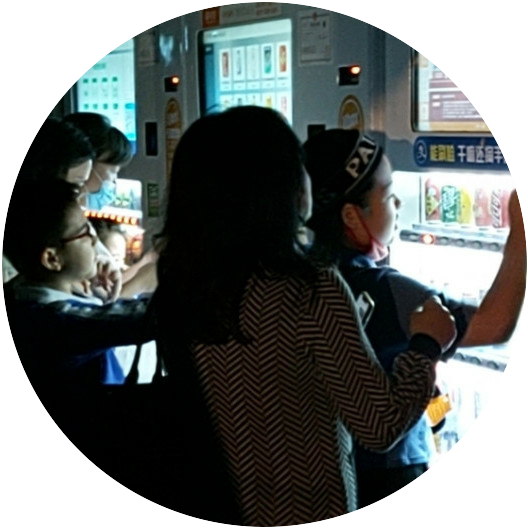 My Girl went ahead, the plan was that Charlie could secure a spare seat until I could arrive, but it was not to be as things changed with sheer volume. By 8 pm it was showtime, I was still queuing being advised the seat was now occupied. I decided not to linger longer but

Instead, securing a Tree seat nearby, it was perfect, I saw many people, already in camping tents, others just playing around with their kids, who prance about with light-sabers as Dart Vader and Obie-one did in the star wars movies. 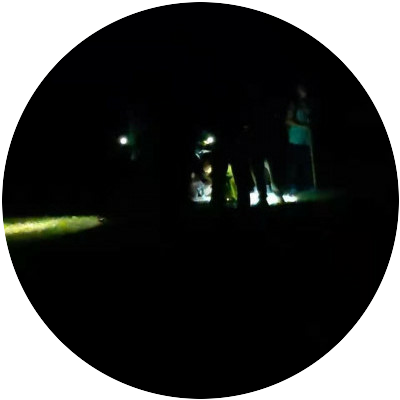 My listening spot was a good location, in fact only a few meters away from the performance stage, and the music was clear to hear by anyone in the vicinity, From my vantage point, even the screens could be partly viewed through the trees

These massive supported Screens stood well over 50 feet in height and 150 wide in 3 sections in a slight semi-circular shape.

groups of people including kids were actively engaged in the night’s ”Search and research” around paths and bushes, as I could see and hear bouts of laughter,  followed by analytical discussions while holding the light torches. This nocturnal activity offered much fun and appreciation of behavior creatures, insects, worms, and other woodland residents displayed also exciting.

Squatting in groups, torchlights cutting the darkness like knives and sometimes into the dark sky like aircraft search beams. Excitement and anticipation was like electricity you could feel and taste

The whole park was filled with a natural yet unnatural night-time nocturnal activity of humans, I can gauge from this that the community and families looked at this as an excuse to get out, get involved and make fun in every way possible, Parks in Shenzhen is closed after 11 pm.

Probably to prevent vagrants and rubbish dumping, but it’s all good as all parks are highly and effectively looked after daily

The community have embraced the plans and the productions they rush to participate and engage themselves,

Foreigners also display great interest and attended the extravaganza events, it’s a rare occasion to receive freebies in any country when it comes to professional or public performances of professionals and well-known celebrities.

China has always taken their Social and Community aspect of bringing quality, resources, and creative benefits to the People in a big way, a tough task with 1.4 billion heads, these park events really puts the icing on the cake of Benefits, this adds more to the delights of enjoyment to what is usually only available at national holidays and labor Holiday Breaks.

I would imagine this raises the appreciation and respectability for changes we are envisaging with Mr. Ping’s leadership in government possibly that good things don’t always have to come at a cost or for select groups only, it can only get better!