INTRODUCTION: Why Live in China

The Pros and Cons of living in china as I experience it Simply are, as in any country you are a none native speaker and unfamiliar with the system, environment, and culture specifics.

The question you need to ask yourself is this. why do I want to go and live, travel, find a job or even marry a Chinese?

what are the benefits of this decision and what am I prepared to do to commit to this undertaking? am i going ‘ALL IN’  or keep my foot on my country soil, see how it ‘pans out’

A COMMITMENT or HEDGING BETS!

Let’s consider a Cost Benefits Analysis for want of a better term.

Everything you do in china, especially if you are not in the big cities predominantly, the cost of living is very different certainly from developed countries. dollars and pounds give you the buying power and leverage to afford time in settling down. finding a job, etc…

After a One-year break, living in China. I made a solid oath to myself and my goals, I was going to return and make business!

I returned to the UK via a short stay in Kyiv, This first visit for 3 months with my G-friend in Kyiv, time flew by quickly as plans started to take shape without discussions and plans.

She was unable to accompany me to the UK [visa] and onward to a short reunion with family in USA pity that would have been a blast.

Arriving in the UK paying visits to cousins and extended families there was a relief and grounding again i enjoyed that immensely.

why live in china

The Long-Awaited and promised to family was good and reconnected all I hadn’t seen in over 9 years, so this three-month stay on an [ESTA electronically issued Visa] for the USA and finally returning back to the UK to complete my long-term plans and goals as planned for china

Weeks Later I began to settle into the calm and sedate UK lifestyle, talking to new friends visiting reconnecting with acquaintances.

A Familiar pattern looming, not satisfied or even intrigued, an unusual sense of not belonging appeared and distracting my thoughts, it was clear nothing fresh was there, even the Brexit mess was affecting people in conversations.

In the back of my mind I felt restlessness Flooding over me this was time to head back once i tied up loose ends.

I Listed PROS AND CONS on a sheet of paper, validating my decisions, helping me to realize the reality of choices, the anticipation of travel, Asia came up trumps, my interest and passion once again Peaked, this is what I wanted and needed to do.

The constant changes and multifaceted interaction was like a drug, new faces, and situations, opportunities, cuisine, and culture drew me like a magnet and I couldn’t remain in the UK

Uncertainty and unknown were always an attraction to my character, Making it a clear decision China has better aspirations and benefits to my long-term plan, UK and USA did not!. So… Decisions made to sell off my car, move out of the apartment, complete everything in the UK.

Arriving in Hong Kong at midnight did nothing to dampen the excitement or spirits, even taking a Three shared limo to cross the Mainland border was smooth and without a hitch, it was a very pleasant trip, better than I had experienced in the past. I was now back and looking forward to getting ”stuck-in” and all it entailed.

There Are Pros and Cons Living in China

The Season of Selective foods for the Dragon Boat Festival, Zongzi (glutinous rice wrapped in bamboo leaves and stuffed with different fillings) is filled with a variety of fillings for northern and southern China people.

In the north, it is filled mostly with the date, whereas in the south it’s bean-paste, meat, egg yolk, or ham. The Zongzi from Jiaxing of Zhejiang is the most famous one in China. 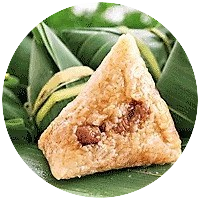 This Significant holiday period had completely slipped my mind when almost everyone is relaxing at home and businesses were in the majority closed, other than the banks and telephone services shops, I found opened at least for half days.

On arrival, I found my Chinese mobile card suddenly ceased to work, [strangely enough was working receiving texts in the US and UK ]

My Bank Of China Debit card AKA [Zhong Guo Ying hang] also stopped working, welcome to china I thought with a smile. Expecting an elongated process for remedying these issues with passport and documents, I set myself the whole day aside to resolve them.

I explained my problem and taken immediately to a new service machine I saw before.

This was an authenticating and id checking computer that worked like a dream, all in Chinese [which I can’t read] but shown every step on what to do. after 10 min, I was up and running the card usable, and could use my we-chat again to pay and transfer as normal.

Located everywhere in big and small shops, so selecting one was easy, I approach the guys as they are more tech-savvy.

After Explaining The Problem, I couldn’t receive calls or texts and having an error displayed on my we-chat and internet settings,

The shop assistant was happy to jump to the task and even converse in English, though I was trying to do the same in Chinese, however, I decided it was best to let him engage and practice his English skill.

After Discussing The Problem the conclusion was I was out of the country too long; the contract had expired and even though I was receiving texts abroad; it was in fact dormant; he showed me the computer as he explained; I needed a new sim card and number [the one I can select from hundreds] 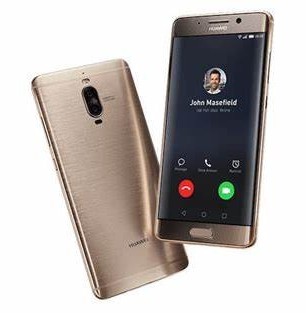 The Minimum Cost for a card and credit was 200 yuan [rmb] total, approximately £22, I made a joke saying it was expensive; he laughed and continued, preparing the phone and card, So you have an idea and a matter of interest, the credit of 100 RMB would last me well over 2 months if used conservatively.

Not Downloading Videos and so forth. So with all this resolved I was a happy man and operational to continue with my other more important daily plans. The holiday was a holiday for me too, settling down with a coffee and some ice cream, perfect!

LEARN CHINESE: why live in china

Don’t Allow Yourself to Live in the foreigner bubble areas, so it’s important to get your head around some basic ground-level Chinese. Many Chinese you meet daily may speak very little English or shy to expose their weakness in communication.

Only the younger generation shows the capacity and interest to interact with foreigners, I have friends that lived 10 years + and still can’t speak more than a few simple sentences. Having friends and contacts

A stressful period for renewing visas. Some countries are providing 10-year business visas yet travel and other types are constantly on the change with updates to the immigration policy

A “ranking” of foreigner quality in China, creating more fear and unknown future for ex-pats and longer-term visitor living and traveling to China

The Chinese government are rigid and applying new technologies to keep things contained so VPN’s are constantly on the run to stay ahead of the GREAT WALL security firewall, as we are aware sites like blocked Facebook, Twitter, you-tube, and others are being impeded and restricted by constant monitoring vigorously

The Rationale I can make from returning to China earlier than I ever imagined is primarily then possibilities, the culture, and varied people, a language I appreciate better, the proximity to other pan Asia countries like the Philippines, Singapore, Vietnam, Indonesia, Malaysia, and more.

I also found I miss the range of cuisine, hot, sweet, soups. To travel around this huge country, and see cultural marvels from Ming, Tong, Qing, Han, and other dynasties is Marvellous and can take years!

Values differ from western life and standards, but what exactly is that, and is it safe or worth what they did before? Perhaps we have already made sacrifices in our countries but don’t see options?